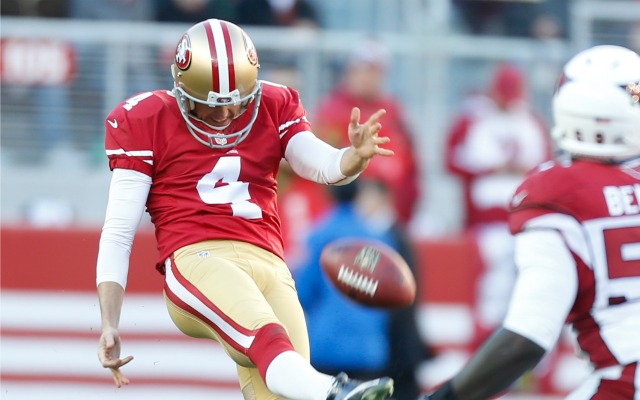 28 Jun Browns punter Andy Lee switching to No. 8 in honor of his daughter

Andy Lee, the punter who was traded to the Cleveland Browns last week after spending 11 years with the San Francisco 49ers, is changing his uniform number from No. 4 to No. 8.

Ordinarily, this would not merit a story, but Lee is changing his number for a very specific reason. Back in January, Lee and his wife, Rachel, lost their daughter, Madelyn, due to post-birth complications just eight days after she was born.

Madelyn swallowed fluid while being delivered via C-section, after which she struggled to breathe and thus was given a breathing tube and was placed in the neonatal intensive care unit (NICU). A few days later, she contracted an infection. “From there,” Lee said, per the team’s official web site, “the infection just pretty much took over her body and she passed away.”